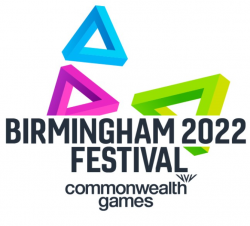 A Boating Parade to celebrate the city’s canals part of celebrations in advance of the Birmingham 2022 Commonwealth Games.

The Canal & River Trust is showcasing the city’s canals during 2022, and boaters from across the region are being invited to a spectacular boating parade in association with Birmingham Canal Navigations Society (BCNS) and the Inland Waterways Association (IWA).

This parade will be presented as part of the Birmingham 2022 Festival, celebrating the people, history and stories of our canals.

This is an opportunity to celebrate the past and present – and showcase the variety of crafts, people and culture that make our modern canals so vibrant today.

On Friday 24 June boats will gather at a rally organised by BCNS at Smethwick Locks in Galton Valley, the location of two canals – the Old Main Line and New Line – where moorings will be available.

On Saturday 25th , boats will travel along to the city and form up between Roundhouse Birmingham and Icknield Port, before parading through the heart of the city to the  Mailbox before returning to moor up for the night between Roundhouse Birmingham and Icknield Port. The same will be done on the Sunday morning, giving an opportunity for a spectacular boating parade through the city.

For boaters who wish to play a part in the rally and parade, entry is free of charge. Each boat that takes part in the parade will receive a commemorative plaque – and are requested to showcase and celebrate their crafts and the waterways in the most fun way possible!