There had been some thoroughly unpleasant incidents with vandals coming under Tat Bank bridge, crossing the canal on the bridging pontoon and vandalising 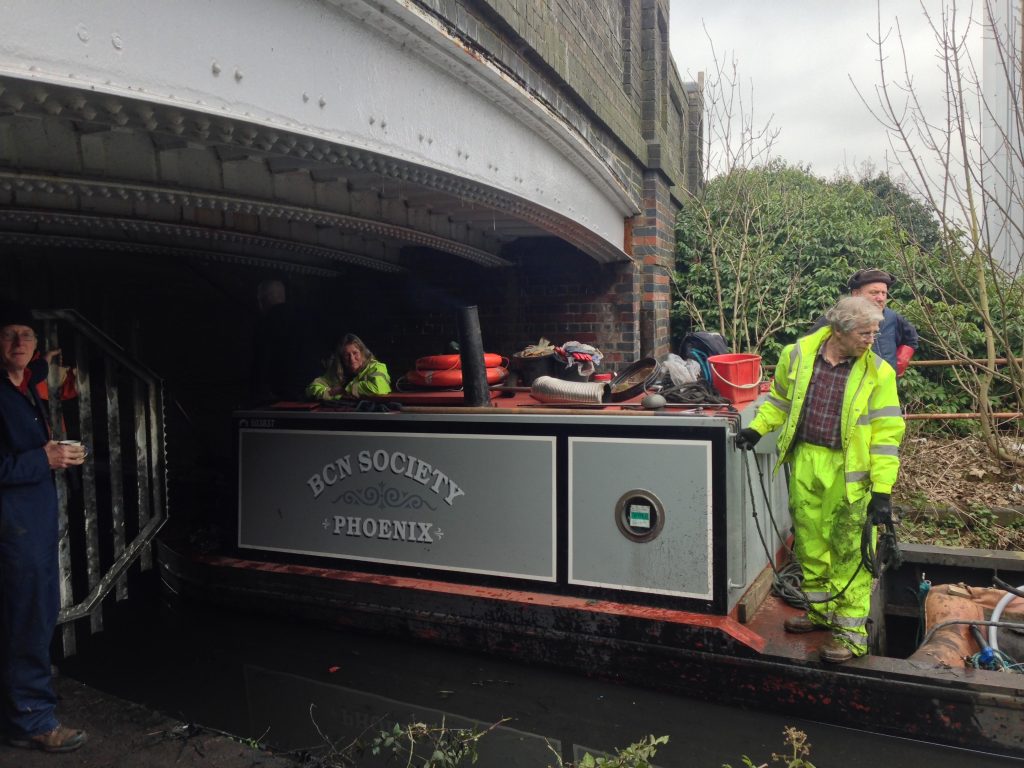 The first navigation of the Tat Bank feeder in many years! Photo Wayne Attwood.

some of the boats moored there.

It became apparent that the end of the fence blocking the access under the bridge had been removed.

A work party moved the pontoon that provided the access to the moorings, and found the missing piece of fence in the canal.

A subsequent work party re-attached the fence, (using the bolts from the bridging pontoon, and bending the bolts so they could not be removed again.)

With a bit of luck, the moorings should be secure again.  Certainly there have been no more incidents.

With the bridging pontoon moved, there is no definite end to the Tat Bank feeder, so Phoenix navigated down the cut for a hundred yards or so – the first navigation in many years.  Definitely not for the faint hearted – Phoenix unloaded draws very little water, and she was definitely pushing through the silt.