Titford Pump House is our meeting room – join us here for meetings on the first Thursday each month at 7:30pm, and for our rallies.

The building is an old beam engine pump house, that has been used for this purpose since the 1850s, initially as a single engine, with a second engine installed in the 1860s.  Later an electric pump was used – and we have re-installed one of the old ones beside the pound between locks 1 and 2. 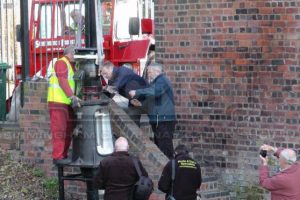 It is still a pump house, with an electric pump in the building, drawing water from below lock 6, out to the grills just by the junction between the Tat Bank canal (and feeder arm) and the Titford Canal.

Until recently we have always considered these to be safe secure long term moorings, under the control Canal and River Trust.  Strictly speaking, there are no visitor moorings here, however there is often space to stay short term.  (We keep our work boat here when not in use, and over winter either Atlas or Malus here)

The locks to the outside world use the normal keys.  The gates for vehicle access have been hit on a few occasions by HGVs turning in Engine Street, and can be difficult to open and shut.  Unless you must, I recommend using the pedestrian entrance gate.

There is a shower, toilet and elsan disposal in the pumphouse, using the door under the steel stairs going to the upstairs flat.  There is rubbish disposal in the skip in the car park

(The light in the toilet is on a timer – note where the switch is, particularly if the light is already on when you enter.  If the light goes off when you are enthroned you are in total darkness.)

The Crosswells Inn in Langley is well worth the trip, with decent real ale and good value food, though in late 2017 the kitchen was frequently shut.  (Declaration of interest – I have used it often though not recently, for the reason given, and our society Christmas Meal 2017 was there.)

Cafelicious (at the junction of Engine Street and Tat Bank road) is a decent works cafe – does all day breakfasts, sandwiches etc.  Closes at 14:30 on weekdays and 13:30 on Saturdays. 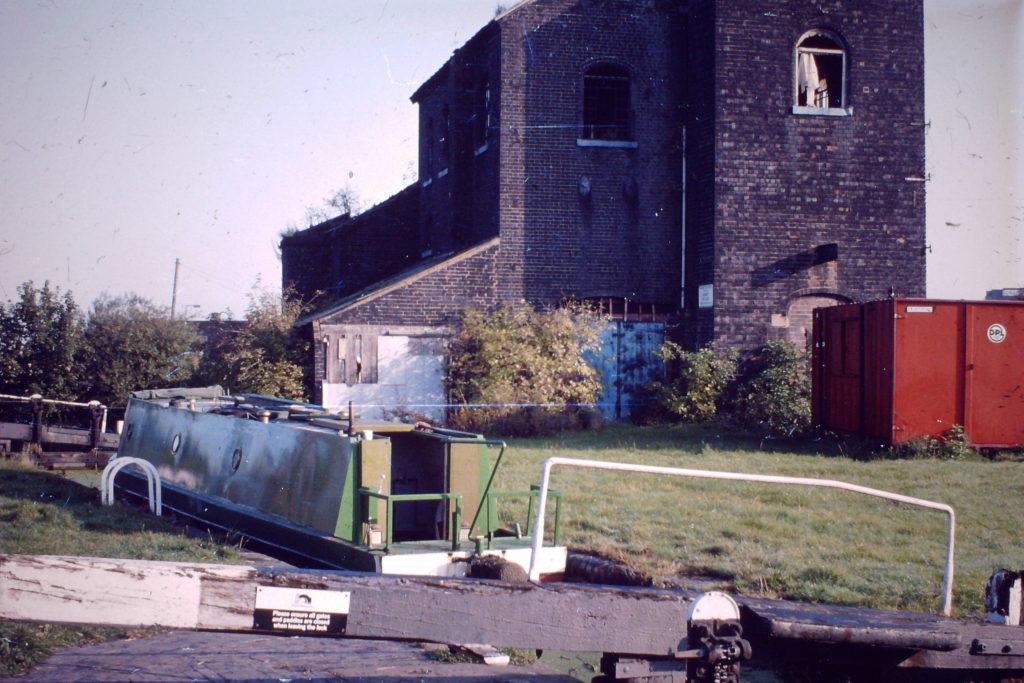 Both are good – there is no BCNSociety consensus as to which is the better – it very much depends on who you ask!