Sister Mary Ward – that’s a name most of us will be familiar with, but she retired in 1962, and she was based in Stoke Bruerne – no direct link to the BCN.

An email from Rev Richard Alford made me aware of the Waterways Chaplaincy – not at all retired, and with a direct link to the BCN: Richard is the Senior Waterways Chaplain West Midlands. To be honest, I had no idea they existed, or what they do, until I read that email.

The Waterways Chaplaincy “is here to help boaters, regardless of faith and beliefs”. Richard writes:

“Our roles are simply to assist boaters in anyway we can whether that is practical help or just befriending them. For instance I have over the last 7 years helped boaters obtain benefits to pay for their license, obtained grants to help them pay for their BSC or equipment for their boat like cookers etc, helped boaters get permanent moorings, in fact whatever needs to be done we try to do it. I have personally supported families and conducted the funerals where someone has died.”

“We do a lot of things and in the current situation some chaplains are supporting boaters by getting food and medicines for boaters who are locked down.”

“We are independent of CRT which means we can mediate where there is a conflict between the boater and CRT.”

“As we come out of lockdown it appears that a number of boaters are nervous about the future so if someone just wants to talk they can just give me a ring. That also applies to BCNS members who may not have a boat”

Sounds rather splendid to me! Please have a look at their website, https://www.waterwayschaplaincy.org.uk. 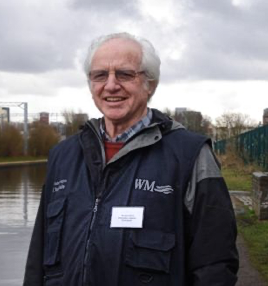