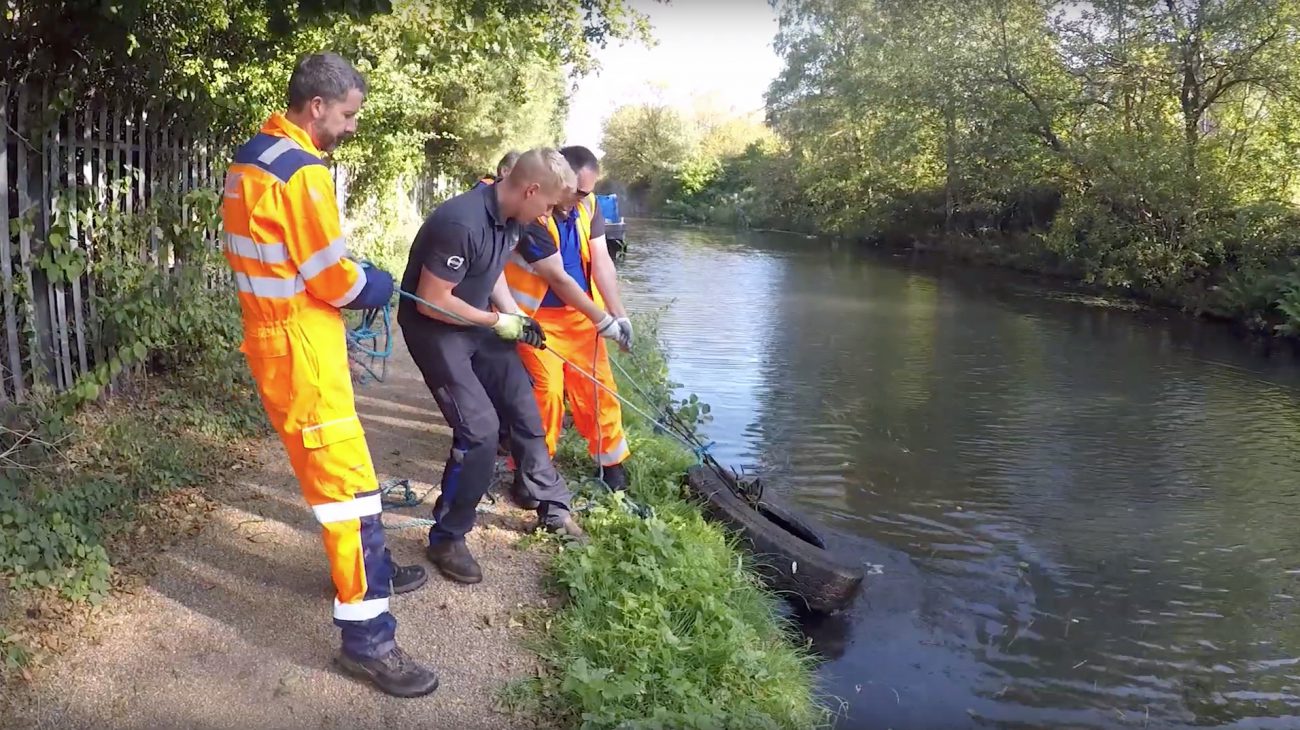 On September 20, when staff and executives of SMT Volvo GB spent a (paid) day away from their normal work, for the Exec Volunteer Day 2019, to do something for the community, this time cleaning up a part of the BCN above and below Factory Locks.

The event was organised by Cllr Chris Morgan, the organiser of the annual Big Canal Cleanup. It’s almost a family event for the Morgans, their sons Lewys and Owen have have been attending clean ups since they were 7 and 9 years old!

BCN tug Governor is owned by Lewys Morgan, nb Bogwoppit is owned by his father. The CR&T workboat, together with all the equipment, has been organised by BCNS Social Secretary Ann Johnson, she attended also on behalf of the Friends of the Tipton Cut.

SMT will be opening a new depot in Brownhills, and they will do another cleanup in Walsall, they might even make it a regular company event, including their apprentices.