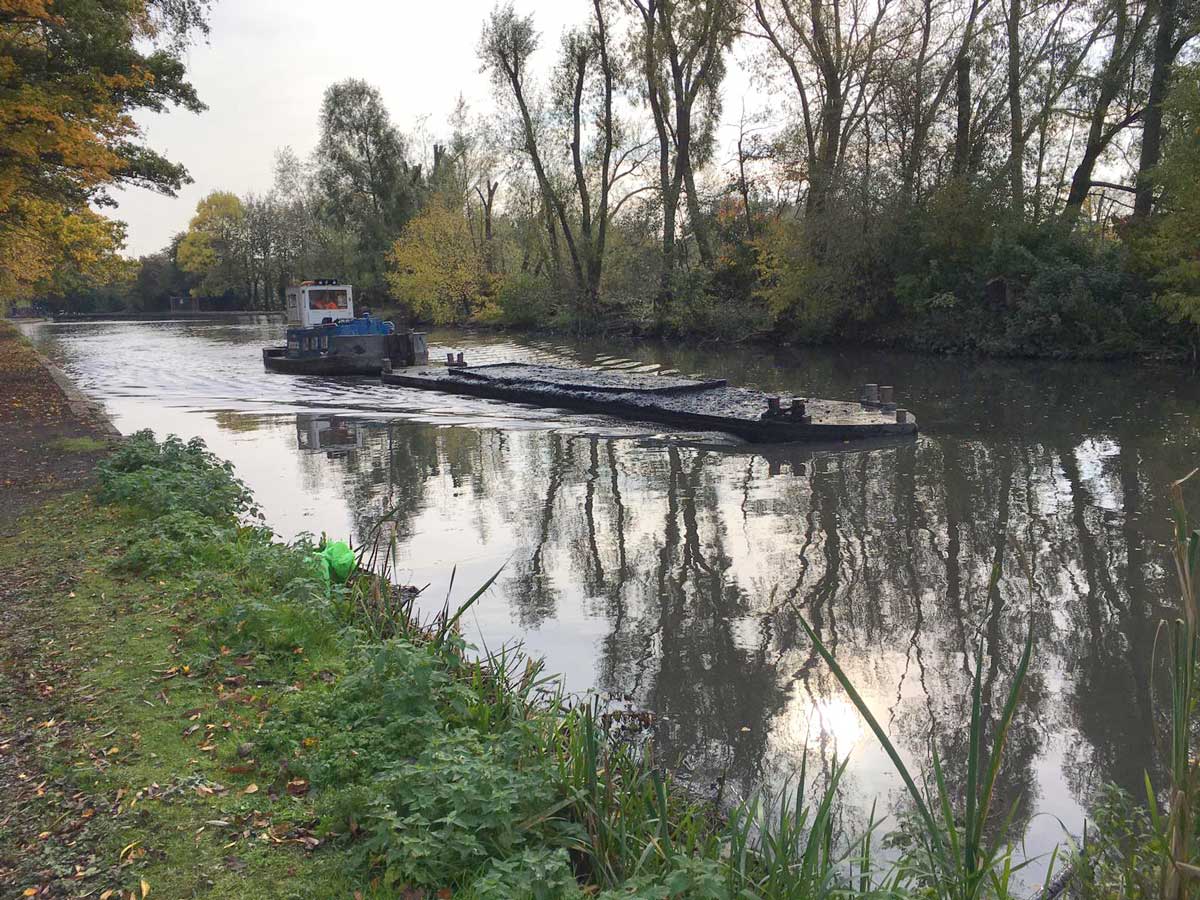 Working in partnership with the European Regional Development Fund, Highways England, Sandwell Metropolitan Borough Council and volunteers from the Birmingham Canal Navigations Society, the dredging will see a long reach excavator hauling out mud and silt from the bottom of the Pools. As well as improving water quality, removing the silt will also make it easier for boaters to enter and moor at the Pools.

Around 21,617 cubic meters of silt (the same in volume as over 250,000 bath tubs filled of water) is expected to be removed. The dredging is expected to last four months and finish in early 2020.

Titford Pools are located along the Titford Canal near the M5 motorway and are part of the Birmingham Canal Navigations, which this year is celebrating its 250th birthday. The Pools were originally constructed as a small reservoir in the 1770’s to feed the Titford Canal and today feeds water to both the canal and to Edgbaston Reservoir in Birmingham.

The dredging is the first stage of a two-year project which aims to open up the area, encouraging more plants and wildlife to this part of the canal. The project also includes plans to upgrade the towpath around the Pools, cut back overgrown trees, bushes and shrubs and update the visitor signage.

Samantha Bucknall, from the Canal & River Trust, said: “Titford Pools is a wonderful surprise to visitors exploring this part of the canal so its great news we’ve started work to improve this area for people and wildlife.

“Research shows that being next to water is good for your mental and physical health, so this work is important as we want to help improve the health and wellbeing of local people. Our canals provide access to green spaces for millions, so if you’ve yet to visit your local canal, make some time this weekend and see for yourself how lovely they are.”

Highways England’s Regional Director, Catherine Brookes, said: “We’re delighted to see this dredging work getting under way at Titford Pools and we look forward to it being restored to its former glory in the coming months. This is really important work and we are always keen to help protect local wildlife and habitats near the road network. We look forward to seeing local wildlife flourish once the work is complete.”

Sandwell Council’s Cabinet member for Safer Communities, Councillor Maria Crompton, said: “So many people won’t realise that when they’re driving along the M5 viaduct at Oldbury, there’s this little oasis right underneath them.

“I remember coming here as a little girl and it’s a lovely spot. I know the work we are doing with the Canal & River Trust and Highways England is going to transform it and make it more accessible for people by boat, by bike and on foot.