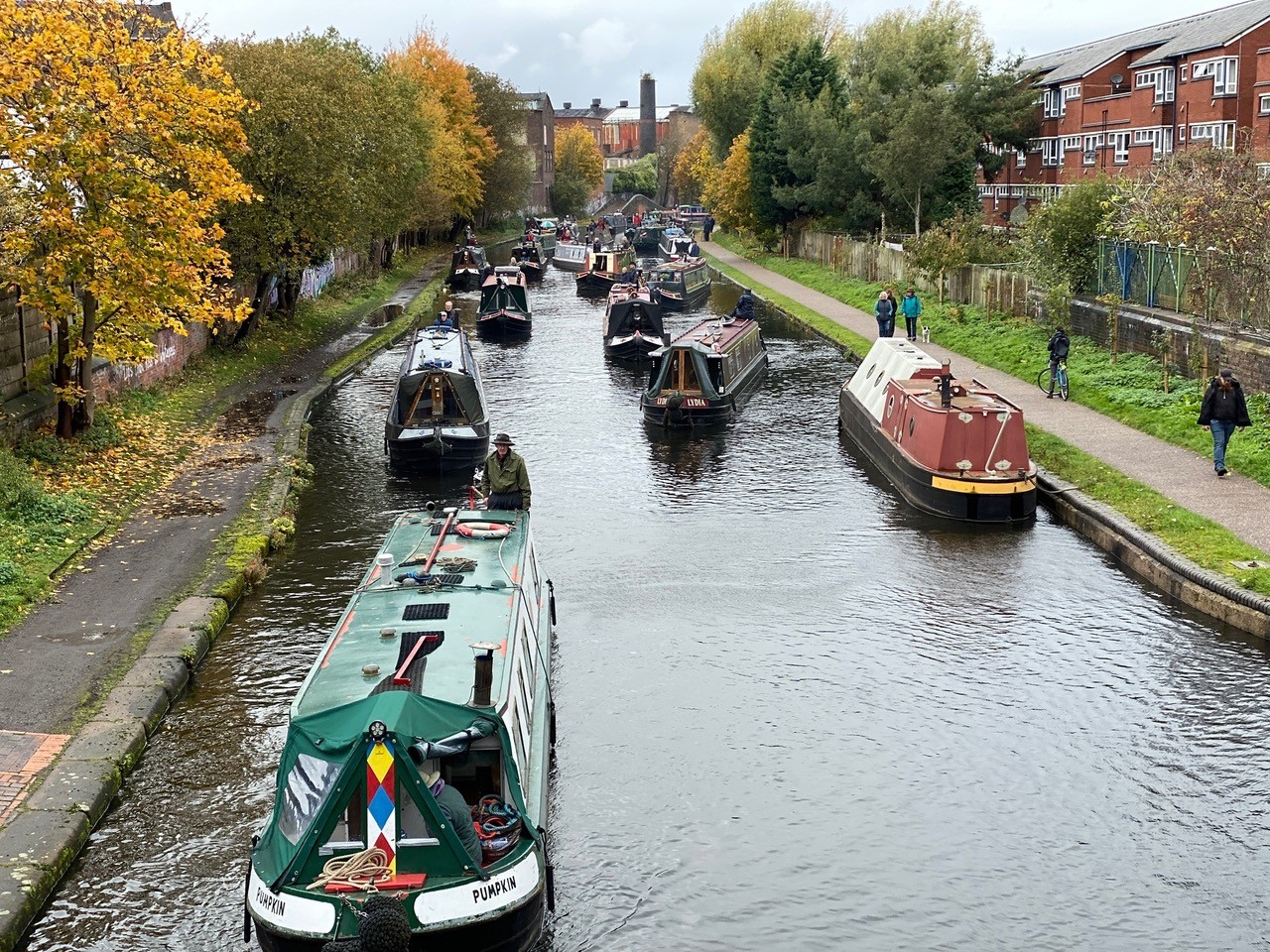 Whilst the opening of the canal from Wednesbury into Birmingham in November 1769 was really only the start of the development of the BCN system. However this led to the formation of a canal network which transformed the area and resulted in Birmingham becoming a great manufacturing centre. The 250th anniversary of this event in 2019 seemed something that BCNS could not leave unrecorded. 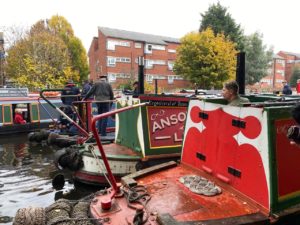 As we had traditionally held a boat gathering on the first weekend of November each year anyway so we decided that our event would be held at that time. Boat rallies have not been held in the centre of Birmingham for many years and the need for evening entertainment for those taking part was a further consideration. So we thought that the spectacle of a large number of boats arriving into Birmingham would make for something different and we were able to find a suitable venue in the Crescent Theatre for our evening boaters entertainment. The theatre is conveniently located alongside the Oozells Street loop in Sheepscote Street. We hoped that we would be able to attract around 25 boats. 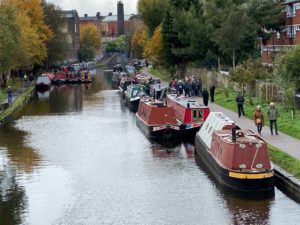 So as to get the maximum number of boats together we arranged for those taking part to gather at the Wolverhampton side of St Vincent Street Bridge. It was agreed with Canal and River Trust ICRT) that there would be a ribbon cutting at 13.00 with the boats then parading either to Cambrian Wharf or to the Mailbox to turn and moor up on the Oozells Street loop and on the mainline. James Brindley (a re-enactor) was there to greet the boats. 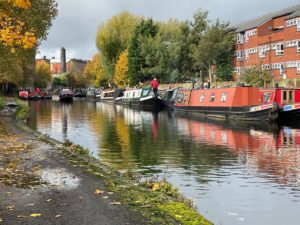 Whilst the 2nd November started off rather wet, fortunately the weather moderated at the appointed hour. In the end around 50 boats took part, so once they set off they quickly formed a rather giant traffic jam both on the mainline and Oozells Street loop. However it was a good natured event and everyone took this in their stride. CRT had arranged for the canal to be decorated with banners and posters and their mascot Well-B was seen about. A band in Brindley Place entertained the throng who had come to the canal side to witness the proceedings. It took some time for the boats to pass by turn and moor up! 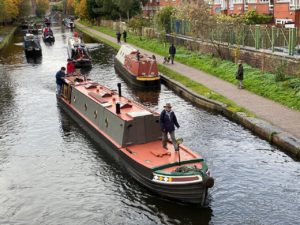 Narrowboat Shorelark, with Becky Smith-Keary on deck, at the 250 years celebrations of the Birmingham Canal Navigations

In the evening we had the use of the studio at the Crescent Theatre and we were joined by Richard Parry, chief executive of CRT. Billy Spakeman provide the first half of Black Country humour and song whilst Birmingham Lads (and lasses) in the second half told us the story of the BCN in a multi media show of song and picture. A great evening to round off the day! 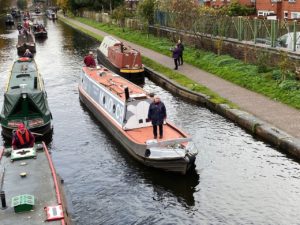 Narrowboat Hecla, with Kath O’Keeffe on deck, on the New Main Line for the 250 years celebrations of the Birmingham Canal Navigations

On Sunday boats returned to their home moorings, some along the loops to give a nod to the original line of the canal.

BCNS very much appreciate the support that the CRT team for the West Midlands gave to us for the event.