A brief introduction to the BCN and in particular the hunt for the remains of the “lost 60 miles”, featuring the Hay Head Branch (off the Daw End Canal). 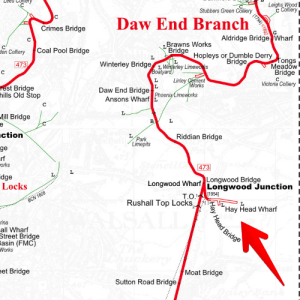 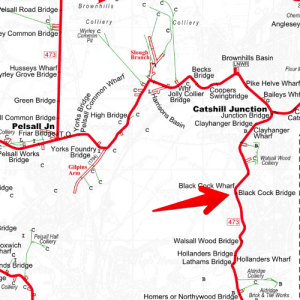 The Hay Head Arm (what remains of it) is now used by Longwood Boat Club. Andy explores the now lost part, and explains the industrial past of the area. It was an area of collieries and quarries, and brick makers.

Black Cock Bridge is not on a lost canal, but on the Daw End Branch of the Wyrley and Essington Canal. Andy explains the problems that came with extracting coal from under the canals that were built to transport it. and Black Cock turns out to be a spectacular example.