The photo was taken from the first boat navigating the Portway Branch after extensive dredging of the Titford Pools by the Canal & River Trust.

Notice the blue brickwork on the left that had been buried for many years.

Are there any further, perhaps even historic, photos of the Portway Branch? We would love to publish them! 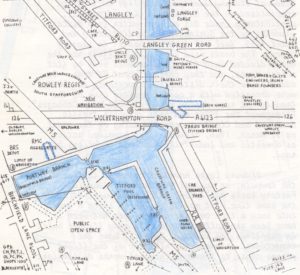